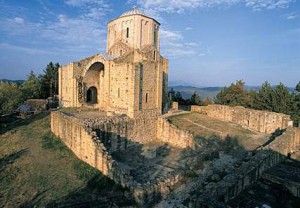 Đurđevi stupovi (English: The Tracts of Saint George, often incorrectly translated as The Pillars of Saint George) is a 12th-century Eastern Orthodox monastery located in the vicinity of today’s city of Novi Pazar……Follow here. 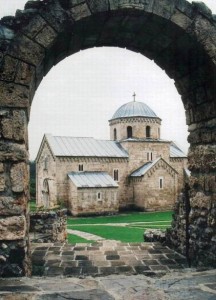 Gradac monastery is situated on the wooded slopes of Mt. Golija, built in late XIII century, on the ruins of an earlier church as an endowment of Queen Jelena Anzujska /Helen Anjou/, the wife of king Uros I.that resulted in the gothic architectural influence. In the template there is marble sarcophagus where the St. queen is buried…….Follow here. 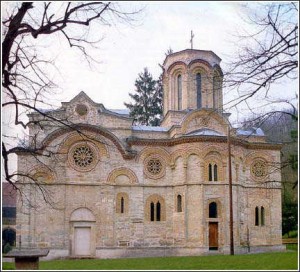 Ljubostinja Monastery is located in the south-central part of Serbia, in the valley of River Ljubostinja near the town of Trstenik. According to the legend, Ljubostinja monastery was founded by Prince Lazar Hrebeljanovic and Princess Milica in 1388. After the battle of Kosovo, when Lazar was killed, Milica became a nun……Follow here. 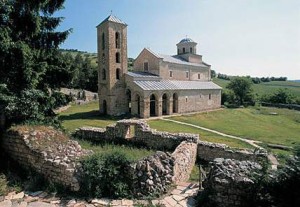 The Sopoćani monastery (Serbian Cyrillic: Сопоћани), an endowment of King Stefan Uroš I of Serbia, was built in the second half of the 13th century, near the source of the Raška River in the region of Ras…..Follow here. 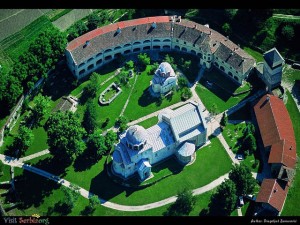 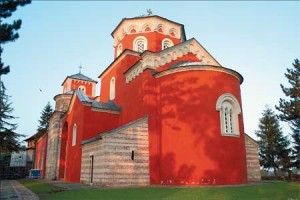 Žiča (Serbian Cyrillic: Жича) is a Serb Orthodox monastery near Kraljevo, Serbia. The monastery, together with the Church of the Holy Dormition, was built by the first King of Serbia, Stefan the First-Crowned. It was destroyed by the end of 13th century, but was rebuilt by King Stefan Milutin at the beginning of the 14th century…..Follow here. 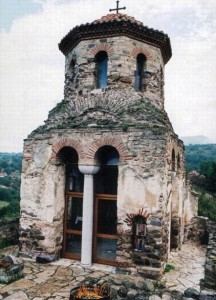 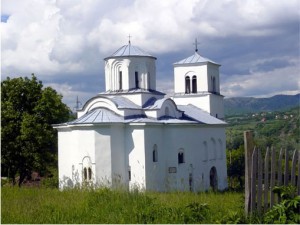 Monastery Nova Pavlica is located on the river Ibar in Brvenik, 6 km far from Raska. The church is dedicated to the Holy Madonna and it was built between
1381 – 1386 by two noblemen Stefan and Lazar, whose mother Dragana was the sister of Lazar, the prince. Dragana was buried there as vestal Teodosija, together with her two sons who were killed in Kosovo battle.